Ever Wonder If Bugs Get Fat? 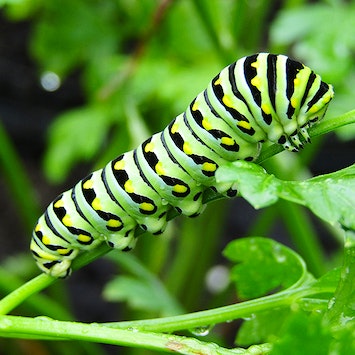 It's that time of year: Temperatures drop outside and people gather for the holidays, treating themselves to a cornucopia of savory foods and decadent treats. Our clothes fit a little tighter in response. Bears, squirrels and other mammals do it, too, stuffing their cheeks and bellies with anything and everything to prepare for hibernation. A chubby squirrel is hilarious, by the way, if you've never seen one.

But, do bugs get fat? Do arthropods gorge themselves on newly found food sources that might disappear? Ever seen a chunky butterfly or a tubby roly-poly? Is The Hungry Hungry Caterpillar a work of nonfiction? Or do insects have a survival instinct to not overeat, since it could come with survival detriments?

Like most answers in life, it's not a straightforward yes or no.

A researcher in Florida overfed mosquitoes enough to turn half their weight into fat. In the wild, fat dragonflies have been found alongside average specimens. And, just like humans, being an obese insect has harmful effects. Males cannot properly protect territory since they are a little more sluggish than the competition, they struggle to find mates and don't live as long.

Here's the catch: Insects can build fat reserves but they never look overweight. Their outermost layer, the exoskeleton, is a hard, protective shell that doesn't grow like our skin does when we get bigger. Adult insects don't shed this layer like when they were babies, so the fat just builds up underneath and puts pressure on the insides more and more. It is kind of like 18th-century corsets that ladies wore to fit the definition of femininity at the time.

Some insects, to us, might look overweight, like that plump caterpillar that's eating all those new plants in your garden. It looks squishy like fat, feels spongy like fat, but it is simply the nutrient-rich storage the caterpillar larvae need to turn into a pretty butterfly during metamorphosis. It's chemically very different than your average human tummy after too many slices of pie.

While humans and insects share the same struggles after overindulging in luscious foods, we humans carry it differently thanks to our elastic-like skin as opposed to an insect's chitin-based exoskeleton.

Don't miss out on amazing arthropods in Bug Lab, an immersive, life-size exhibit where bugs become big and humans are small. Afterward, stop by Explore More Life to see a variety of live bugs up close and personal.

Bug Out when School's Out

Join us during winter break for special activities that celebrate bugs 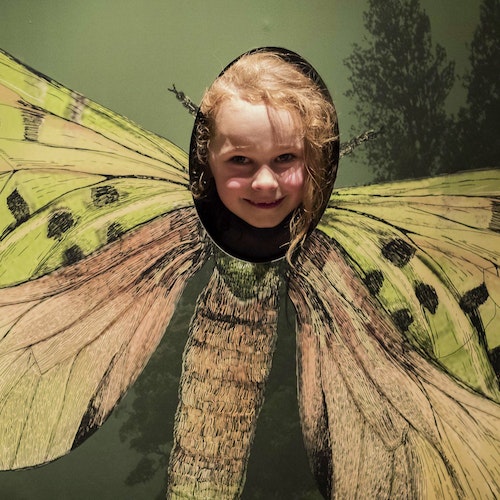