We are looking forward to being together again

Until then, you can provide food and care for our animal residents

Ever wonder why it hurts when you step on a LEGO® Brick? 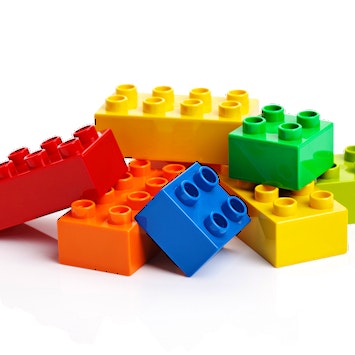 It turns out, the answer is largely based on, you guessed it, science!

As we celebrate our final weeks with our summer exhibition, Towers of Tomorrow with LEGO® Bricks, we thought it might be fun to learn more about the LEGO brick and its impeccable ability to wind up on the floor with a magnetic-like draw to the nearest adult-sized foot.

This Today I Found Out video by Simon Whistler does a pretty good job showcasing the science of this common conundrum that just about every parent of young children has experienced at least once. It explains that there are a few key (scientific) reasons it hurts so much when you step on a LEGO brick.

First, feet are super sensitive to pain, largely because there are as many as 200,000 nerve endings located on the sole of the foot. (That’s also why feet are so ticklish.)

Second, the LEGO brick is no joke. While the very first LEGO toys were made from wood, the current LEGO brick is made of plastic and can withstand more than 4,200 newtons of force before it crushes under the pressure. In other words, a single brick can support weights of nearly 1,000 pounds before breaking. So, unless you are the size of an adult polar bear (literally), all the force you exerted on the LEGO brick goes right back to your foot – ouch! The brick’s sharp corners and knobs don’t help matters, either.

Another factor is less about science than it is about math. More than 400 billion bricks have been made since LEGO was first invented. With approximately 7.5 billion people in the world, that equates to enough LEGO bricks for every man, woman and child to each have their fair share. As explained in the video, it would also hurt to step on, say a sharp knife, but you probably have fewer of those in the house and you probably a lot more likely to keep the knives off the floor.

So, ultimately, the reason stepping on a LEGO brick hurts so much is a combination of how sensitive our feet are, how much force they hit the ground with as we walk and the fact that the bricks are made of an extremely strong plastic (not to mention frequently found on the floor).

The Towers of Tomorrow exhibition at Discovery Place features 200,000 loose LEGO bricks (not on the floor!) as well as 20 of the world’s most amazing skyscrapers made to scale out of LEGO bricks.

Time is running out to see this amazing exhibit, which closes September 2. Plan your visit today!