Five Must-See Objects Inside Apollo: When We Went to the Moon

Space exploration has inspired and united us as a nation ever since we first set our sights on the Moon. Now, as the world awaits a return to the Moon through NASA’s Artemis program, the exhibition Apollo: When We Went to the Moon at Discovery Place Science gives an in-depth look at this journey 50+ years in the making.

Presented in Charlotte by Honeywell, this traveling exhibition explores the cultural, technological and political context of the first Moon landing. Book your visit today and don’t miss these five objects inside Apollo: When We Went to the Moon. 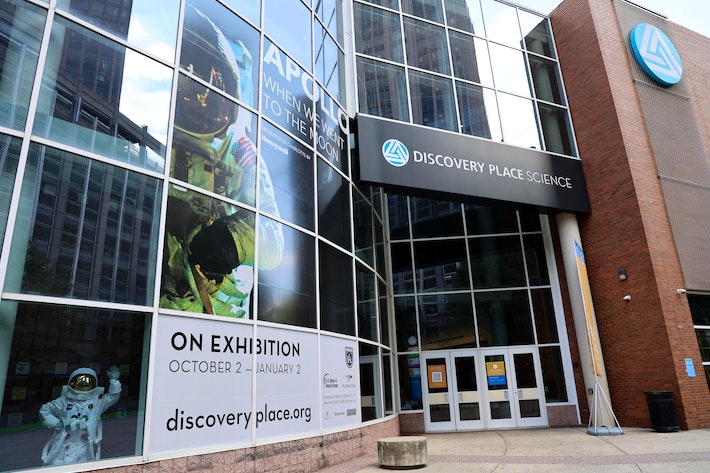 The Saturn V rocket is the most powerful launch vehicle ever successfully flown. The NASA Marshall Space Flight Center team developed the vehicle from the ground up for the Apollo lunar missions.

To this day, it remains the only vehicle to have ever carried astronauts beyond low Earth orbit; safely carrying all Apollo missions from the Earth to the Moon.

Designed for the harsh environment of the lunar surface, the Apollo A7L spacesuit was used for Apollo 7 through Apollo 14 missions. The A7L’s self-contained life support backpack increased the astronaut’s mobility on the lunar surface.

The suit was made from 21 different materials in 24 layers. These layers provided a seal to keep breathable air and pressure around the astronaut, rejected heat and radiation, actively cooled and prevented abrasions, tears and punctures.

Fun fact: The A7L suit weighed nearly 200 pounds but allowed astronauts to work untethered on the Moon for up to six hours.

The Apollo 17 Lunar Roving Vehicle (LRV) was a battery-powered, space exploration vehicle designed to move across the surface of the Moon, reaching a maximum speed of 11 miles per hour.

The LRV carried one or two astronauts, equipment and lunar samples. The primary purpose of the LRV was to extend the distance astronauts could explore on the lunar surface and allowed them to collect and transport larger amounts of geological samples.

Fun fact: A total of three LRVs were deployed with Apollo 15, 16 and 17 and are still on the lunar surface.

Hand casts of astronauts Neil A. Armstrong, Edwin “Buzz” Aldrin and Michael Collins were made to create custom space gloves.

Fun fact: Because Collins wore his wedding ring when the cast was made, he had to wear it during the mission.

Artemis: A New Crew on the Moon celebrates the women who’ve made contributions to humanity’s endeavors to explore the universe as well as those currently working on NASA’s Artemis program.

NASA’s Artemis program goes beyond the Apollo missions of the 20th century to welcome in a new era of space exploration and ultimately take the next giant leap: sending astronauts to Mars. Before that, Artemis will land the first woman and first person of color on the Moon.

Inside the exhibition, meet six women contributing to space exploration, including Phoebe Henson, a Systems Engineer at Honeywell who is helping to make it possible to breathe on Mars. 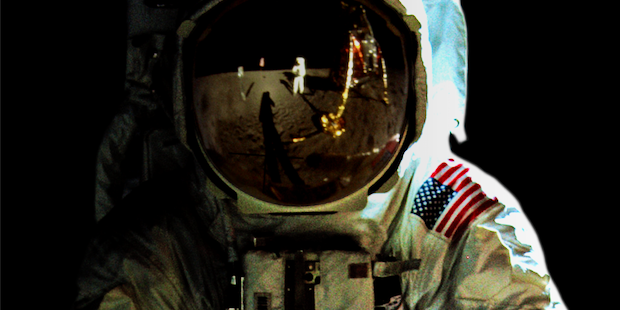 Take a look behind the scenes of the installation of our newest exhibition, Apollo: When We Went to the Moon