Genghis Khan: The man, the myth, the legend 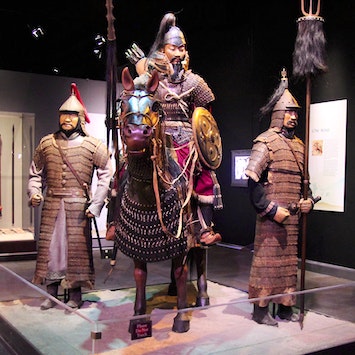 There are many stories about the Great Khan, but how many of them are true? Check out these four legends surrounding Genghis Khan to see if you can distinguish truth from tale before you visit the special limited-engagement exhibition at Discovery Place Science:

He was a ruthless warrior.
True and False. Genghis Khan is famous as the ruthless Mongol warlord whose name instilled fear in people throughout medieval Europe and Asia. From the steppe of central Asia, he molded warring nomadic tribes into a Mongol juggernaut that reduced cities to ashes and wiped out entire populations. Under his descendants’ leadership the Mongols conquered half the known world. But there is another side to Genghis Khan – that of a gifted, innovative leader who brought stability and unity to his people. He allowed freedom of religion, rewarded loyalty and merit, established the rule of law and opened trade and exchange across Asia. Mongolians today still revere Genghis Khan as the spirit of their nation.

Genghis Khan’s army was so large, he overwhelmed enemies by the sheer number of soldiers.
False. When the Mongols attacked, they faced a new and daunting task of overcoming well-armed cities protected by fortified walls. They adopted the large weapons of the Chinese, Persians and Arabs including catapults and battering rams. They implemented siege warfare tactics such as cutting off food and water supplies to starve the city’s inhabitants, use captives as human shields against enemy fire or sent in spies to gather intelligence about the city’s defenses. They also would light extra campfires and place straw soldiers on spare horses to make their army appear much larger than it actually was.

No one knows where Genghis Khan is buried:
True. There are many stories about Genghis Khan’s death. It was said that Genghis Khan requested no markings to identify his final resting place, and his burial was made into an elaborate secret mission. According to legend, over 3,000 soldiers were deployed to escort Genghis Khan to his tomb. To keep the location of his grave hidden, all the people and animals along the route were killed, including the soldiers who accompanied him. Modern historians tend to believe that he was buried somewhere near the Onon River in the Khentii Province of Mongolia where he was born, but no one knows for sure.

The great Mongolian empire was conquered solely by Genghis Khan:
False. The Mongolian Empire was actually achieved by Genghis Khan and his heirs. Before Genghis Khan died, he divided his empire between his four principal sons and their families. The grandsons turned their holdings into four semi-autonomous “khanates.” 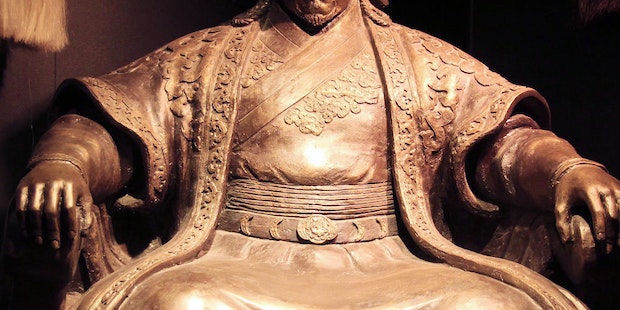 How much do you really know about the world’s greatest conqueror?

Step into a world where science is brought to life through explosive experiments, groundbreaking exhibitions and hands-on activities that let you explore more.