Tickets must be purchased online.
Timed entry is required. Stay as long as you like. Re-entry is allowed until 3:30pm with a wristband.
Vaccinated guests can choose to wear a mask. Non-vaccinated guests must wear a mask.
Snacks are allowed in designated areas. The Discovery Place Science Café is currently closed.

Artificial intelligence, or AI, is the attempt to make machines and computers behave and even think like humans. Believe it or not, AI first emerged about 60 years ago but died out for a while before coming back over the past decade in a big way.

“AI is now more viable because the speed of computers has improved, storage got simultaneously bigger and cheaper and, there is much more available data to process,” says HP Newquist, one of the foremost authorities on the history and application of artificial intelligence. “That data includes information on people, their personal preferences, their buying choices, their viewing habits—and it is free information that companies collect to use with artificial intelligence.”

While the idea is for artificial intelligence to act and think like humans do, there are some key differences between AI and people – at least in today’s day and age.

“Whether it ever becomes as smart as we are, nobody really knows,” says Newquist, executive director of The Relayer Group, which created Artificial Intelligence: Your Mind & The Machine, the latest traveling exhibition at Discovery Place Science.

Here are some of the ways the exhibition showcases the differences in how we think and how AI “thinks.” Be sure to put your brain to the test during your next visit to the Museum! 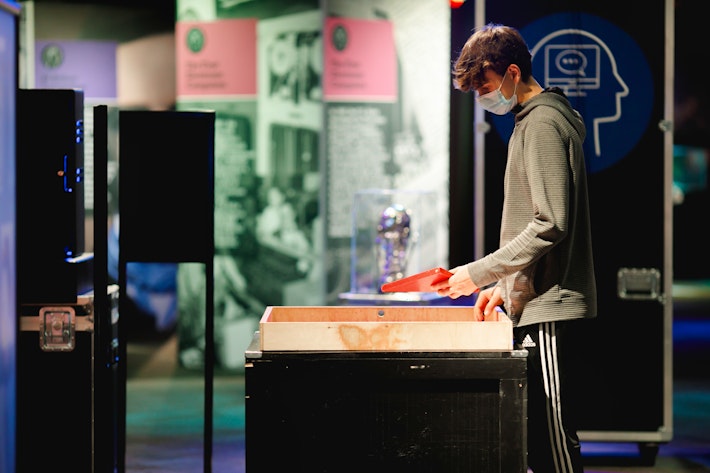 The five-piece square puzzle challenges visitors to make a perfect square out of five wooden puzzle pieces. This will likely require multiple attempts to get the blocks to fit together correctly. During programming, AI uses the same process in machine learning – try, repeat, try repeat – to achieve the goal. The difference? AI can make many thousands of attempts per minute. 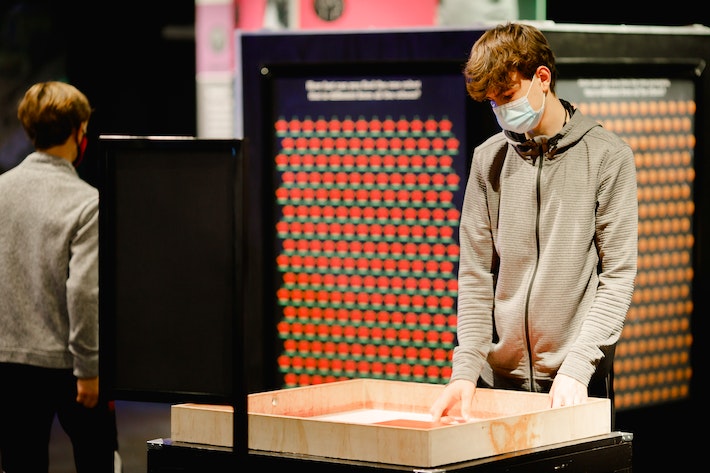 Some images fool our eyes – actually, our brains – but do not fool an AI. They are based on the way our eyes perceive the images rather than on actual measurements. The measurements, however, are easy for an AI to spot. The image above, for example, visually appears to have lines that are running diagonally back and forth in a zig-zag pattern. But if you were to measure them, you would see that the lines are actually running parallel to each other with equal distance between them all the way across. This is a tricky illusion for humans but it’s a simple math equation for AI. 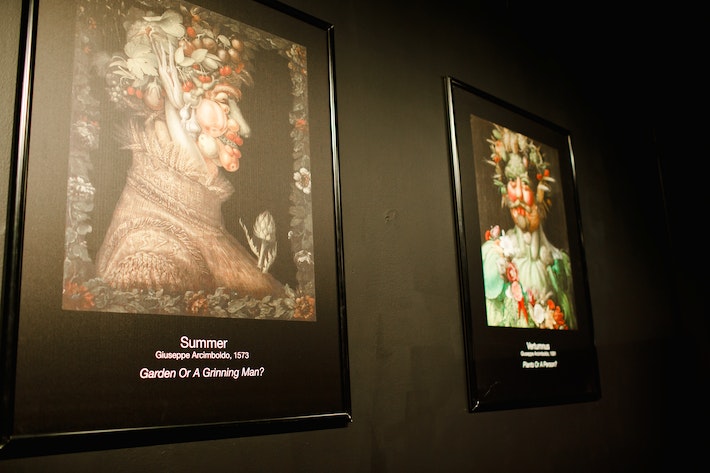 Other illusions, like the one pictured above, are actually easier for humans to detect than for AI. That is because humans rely on context for much of our lives while computers rely on their ability to recognize. This image above makes sense to us as both a human face as well as fruits and vegetables. Our minds can shift between them because we can imagine a face made out of fruit. A computer might be able to identify each vegetable, but not piece them together to recognize the face. 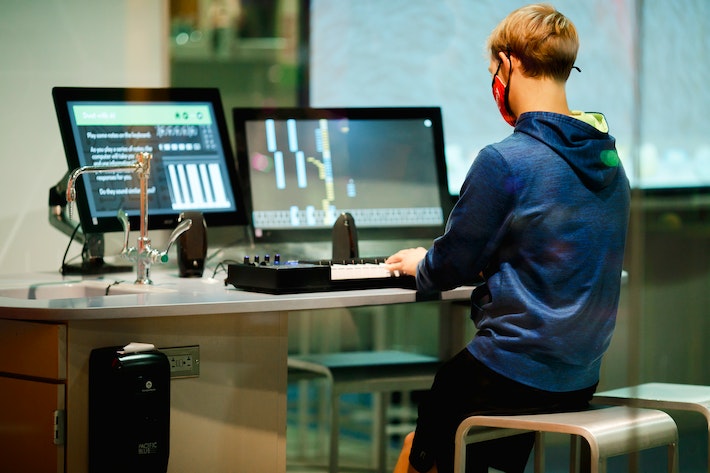 What’s to be seen?

Humans recognize many things around them all at once: doors, windows, shelves, books, flowers, toys, chairs, tables – all the things that make up a specific “scene.” Training Ais to recognize all the different things in a scene is quite difficult because each item is not by itself. Instead, it is a part of a larger jumble of things in the scene. With scene recognition software, though, AI is getting better at it. This AI looks at any scene through a camera and identifies as many items as it can recognize, from plants and soda cans to computers and guitars. 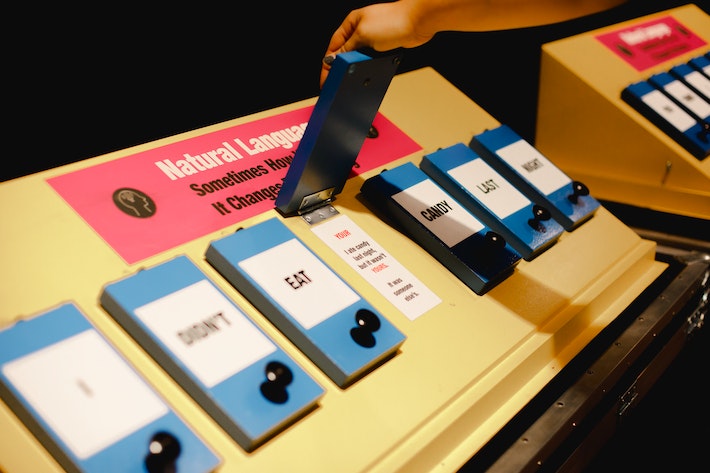 When humans communicate, we depend on more than words to express ourselves. We depend on cues such as how the words are emphasized, how loud they are said and the situation. Words change their meaning from casual conversation to arguments to cheers. AI cannot yet understand such cues. Visitors can test this for themselves by emphasizing different words in a seven-word sentence. They will experience differences in meaning by emphasizing different words within the sentence, something that computers have yet to figure out.

Ready to discover more differences in how humans think and how AI “thinks?” Check out Artificial Intelligence: Your Mind & The Machine at Discovery Place Science through August 22. As the Museum continues to follow all health and safety precautions related to COVID-19, advanced registration is required to visit the Museum. Tickets are on sale now and can be reserved by visiting www.discoveryplacescience.org. 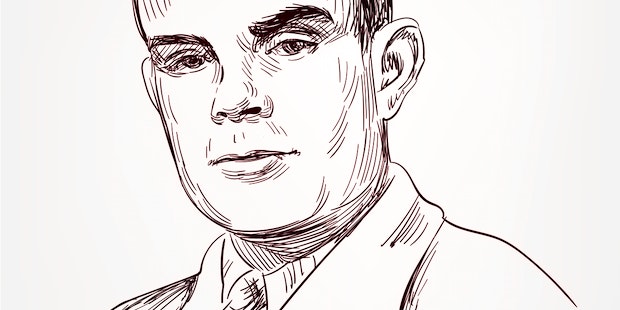 Get to know Alan Turing, a pioneer of AI 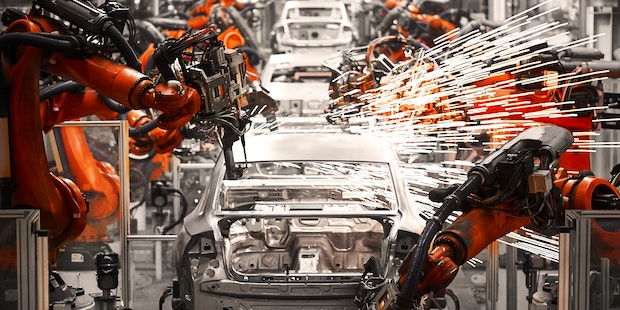