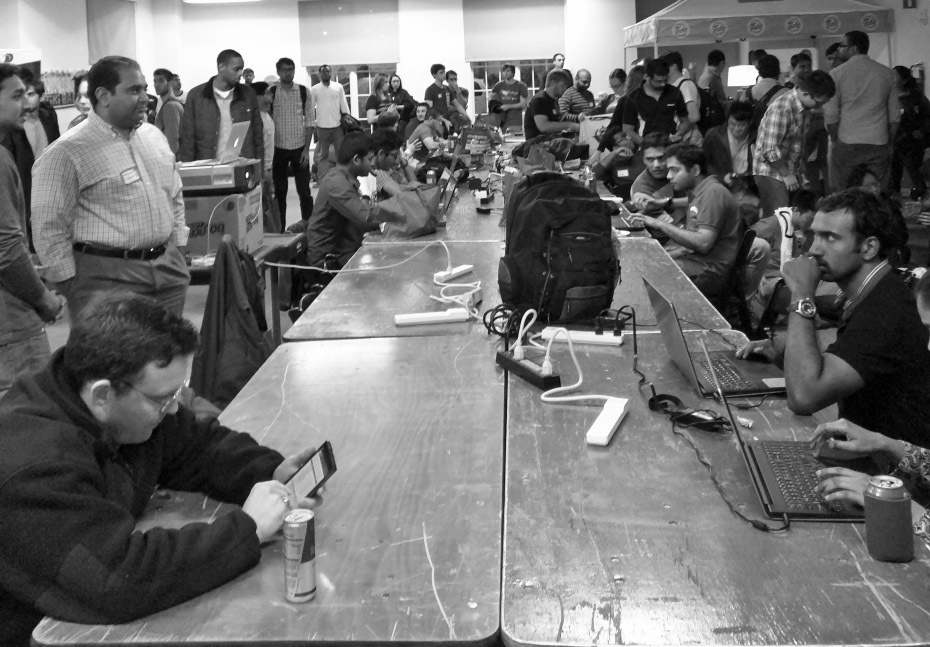 Don’t worry, Discovery Place isn’t breaking into your computers or stealing your data. Though hacking often has a negative connotation, this big data competition is actually being used for good.

During the Charlotte hackathon, millions of data records, called big data, are provided by the benefiting local charity Charlotte Housing Authority (CHA). Nearly 1,000 “hackers,” coders, developers and innovators will then use mathematical formulas to look for patterns of information in this data that could help determine a solution to a presented problem.

For instance, in past hackathons, participants were asked to help Second Harvest Food Bank of Metrolina organize the influx of donations they received after their 2016 expansion. They were tasked with coming up with a digital solution to help make the distribution of food more efficient and effective. Last year, participants helped Charlotte’s chapter of Big Brothers & Big Sisters come up with a more efficient way to match mentors to students.

So what is this big data problem HACKATHONclt participants will be working to solve this year? It’s a secret! The 2018 data problem for CHA will be revealed on Friday, March 23, at the start of the event.

On the night of the event, hackers will take over Discovery Place Science in a race against the clock as they stay up all night to solve the big data problem. Teams will need to brainstorm original ideas to solve this problem and then hack them into reality by coding and developing digital systems, software or marketing plans to solve the proposed problem.

After nearly 12 hours of caffeine and coding, on the morning of Saturday, March 24, the buzzer will sound and teams will have to present their projects for judging in a science fair-style demonstration. Judges will make the rounds to review each of the ideas, and by the time to the doors of Discovery Place Science open to the public at 9:00 a.m., only a few teams will be selected to move on to the final round.

Guests of Discovery Place Science will be invited to watch these finalists present their ideas, and see who will win more than $20,000 in cash and prizes will be awarded, one of the largest hackathon jackpots in the country.

What will this year’s big data problem be? You’ll have to wait and see!